Save On Average $796 A Year On Your Insurance! 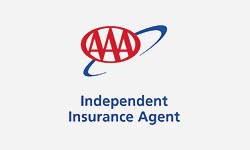 The Progressive Group of Insurance Companies has been insuring drivers since 1937. Progressive gained a reputation for innovating new ways to keep one step ahead of the insurance industry, giving customers new solutions for affordable insurance plans.

Progressive Insurance is one of the most recognizable brands in the United States. Headquartered in Mayfield Village, Ohio there are 450 offices and over 28,000 employees.

Progressive Insurance has the #1 online insurance site and holds a place in the top ten best insurance companies based on customer ratings.

The Insurance Product Advantages Of Progressive

"True To Our Name - Progressive"

1960 – Progressive Corporation was formed, Peter Lewis as CEO remained in control of the company until 2000 when Glenn Renwick was named CEO and President

1994 – 1-800-AUTO-PRO rate comparison shopping service is introduced where customers can get competitive quotes from up to three competitors plus a Progressive Quote in one call. The same holds true today under phone # 1-800-PROGRESSIVE

1994 – Immediate Response Vehicles were marked, outfitted, and introduced to bring trained claims agents to the scene of an accident or wherever they were needed

2003 – Progressive launches Concierge Level Claims Service with Service Repair Centers in select markets where customers drop their vehicles off at a claims service center and all aspects of the claim, repair, and rental cars are handled in one place. Total Loss Concierge service helps customers find and finance a competitively priced replacement vehicle

Get your quote online by filling out our short form.